The short version here is that experience matters for some roles and not for others. When you're hiring someone that is going to run a large part of your organization experience probably matters a lot. Most of the best hires that I've made in my entire life have never done that thing before. So it's really worth thinking, is this a role where I care about experience or not. There are three things I look for in a hire. Are they smart? Do they get things done? Do I want to spend a lot of time around them? And if I get an answer, if I can say yes to all three of these, I never regret it, it's almost always worked out.

You can learn a lot about all three of these things in an interview but the very best way is working together, so ideally someone you've worked together with in the past and in that case you probably don't even need an interview.

If you haven't, then I think it's way better to work with someone on a project for a day or two before hiring them. You'll both learn a lot they will too and most first-time founders are very bad interviewers but very good at evaluating someone after they've worked together.

So one of the pieces of advice that we give at YC is try to work on a project together instead of an interview. If you are going to interview, which you probably will, you should ask specifically about projects that someone worked on in the past. You'll learn a lot more than you will with brainteasers.

For some reason, young technical cofounders love to ask brainteasers rather than just ask what someone has done. 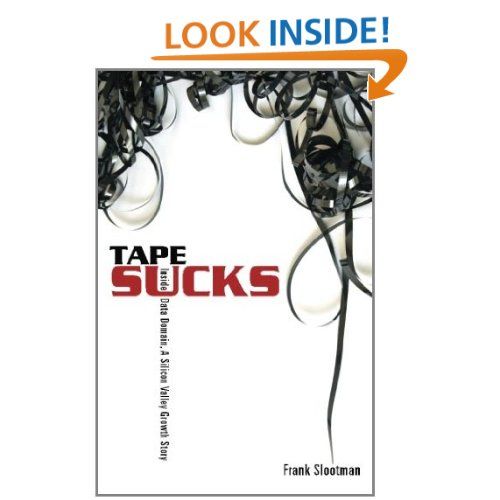 Really dig in to projects people have worked on. And call references. That is another thing that first time founders like to skip. You want to call some people that these people have worked with in the past. And when you do, you don't just want to ask, How was so-and-so, you really want to dig in. Is this person in the top five percent of people you've ever worked with?

What specifically did they do? Would you hire them again? Why aren't you trying to hire them again? You really have to press on these reference calls. Another thing that I have noticed from talking to YC companies is that good communication skills tend to correlate with hires that work out. I used to not pay attention to this. If someone is difficult to talk to, if someone cannot communicate clearly, it's a real problem in terms of their likelihood to work out. You generally get this, otherwise they wouldn't be interested in a startup, but now that startups are sort of more in fashion, you want people that actually sort of like a little bit of risk.

If someone is choosing between joining McKinsey or your startup it's very unlikely they're going to work out at the startup. You also want people who are maniacally determined and that is slightly different than having a risk tolerant attitude. So you really should be looking for both.


By the way, people are welcome to interrupt me with questions as stuff comes up. There is a famous test from Paul Graham called the animal test. The idea here is that you should be able to describe any employee as an animal at what they do. I don't think that translates out of English very well but you need unstoppable people.

You want people that are just going to get it done. Founders who usually end up being very happy with their early hires usually end up describing these people as the very best in the world at what they do. Mark Zuckerberg once said that he tries to hire people that A. This strikes me as a very good framework. You don't have to be friends with everybody, but you should at least enjoy working with them.

And if you don't have that, you should at least deeply respect them. But again, if you don't want to spend a lot of time around people you should trust your instincts about that. While I'm on this topic of hiring, I want to talk about employee equity.


Founders screw this up all the time. I think as a rough estimate, you should aim to give about ten percent of the company to the first ten employees.

For whatever reason founders are usually very stingy with equity to employees and very generous with equity for investors. I think this is totally backwards. I think this is one of the things founders screw up the most often. Employees will only add more value over time. Investors will usually write the check and then, despite a lot of promises, don't usually do that much. Sometimes they do, but your employees are really the ones that build the company over years and years. So I believe in fighting with investors to reduce the amount of equity they get and then being as generous as you possibly can with employees.

The YC companies that have done this well, the YC companies that have been super generous with their equity to early employees, in general, are the most successful ones that we've funded. One thing that founders forget is that after they hire employees, they have to retain them. I'm not going to go into full detail here because we're going to have a lecture on this later, but I do want to talk about it a little bit because founders get this wrong so often. You have to make sure your employees are happy and feel valued. This is one of the reasons that equity grants are so important.

People in the excitement of joining a startup don't think about it much, but as they come in day after day, year after year, if they feel they have been treated unfairly that will really start to grate on them and resentment will build. But more than that, learning just a little bit of management skills, which first-time CEOs are usually terrible at, goes a long way.

One of the speakers at YC this summer, who is now extremely successful, struggled early on and had his team turn over a few times.


Someone asked him what his biggest struggle was and he said, turns out you shouldn't tell your employees they're fucking up every day unless you want them all to leave because they will. But as a founder, this is a very natural instinct. So learning just a little bit here will prevent this massive team churn. It also doesn't come naturally to most founders to really praise their team. It took me a little while to learn this too. You have to let your team take credit for all the good stuff that happens, and you take responsibility for the bad stuff. You have to not micromanage.

You have to continually give people small areas of responsibility. These are not the things that founders think about.

I think the best thing you can do as a first-time founder is to be aware that you will be a very bad manager and try to overcompensate for that. Dan Pink talks about these three things that motivate people to do great work: autonomy, mastery, and purpose. I think it's worth trying to think about that. It also took me a while to learn to do things like one on one and to give clear feedback. All of these things are things first time CEO don't normally do, and maybe I can save you from not doing that.

The last part on the team section is about firing people when it's not working. No matter what I say here is not going to prevent anyone from doing it wrong and the reason that I say that is that firing people is one of the worst parts of running a company. Actually in my own experience, I'd say it is the very worst part. Every first time founder waits too long, everyone hopes that an employee will turn around. But the right answer is to fire fast when it's not working. It's better for the company, it's also better for the employee. But it's so painful and so awful, that everyone gets it wrong the first few times.